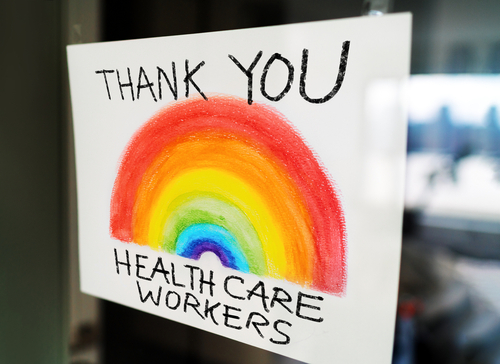 The NHS relies on migrant workers to deliver its services. Highly skilled and qualified doctors, nurses, therapists, and other specialists are recruited from overseas to fill vacancies. These professions have been on the front-line during the Covid-19 crisis, providing vital treatment and care to people who become seriously ill. In doing so, they risked their own health and welfare.

It’s not only the front-line professionals who have undertaken vital work during this period. Cleaners, porters, social care workers and administration staff have all been providing essential support as the NHS has worked hard to meet the increased demands that have been placed on it.

Many of these workers come from outside the European Economic Area (EEA), and have been allowed to work and live in the UK, as many NHS roles feature on the government’s Shortage Occupation List. Under this scheme migrant NHS workers have been able to move to the UK to take up vacancies, bringing their families with them.

Front-line NHS workers have been badly hit by the virus. Daily exposure has increased the risk and viral load they received if they contracted Covid-19. This has sadly resulted in the deaths of some NHS workers. Some of those have been migrant workers.

Doctors, nurses, and social care workers have all been particularly badly hit by the virus.

Initially in the crisis the migrant families of those who lost their lives working in the NHS were faced with the prospect of being deported. This caused significant public outcry, as not only were families having to cope with the shock, pain, and grief at losing their loved one, they also then had to deal with being told they would have to leave the country.

Thankfully, in April this situation was addressed with the government announcing that bereaved families would be allowed to remain in the UK indefinitely.

This immediately gave bereaved families a degree of certainty at a difficult time.

Although the government decision was welcomed, there was a great deal of criticism that it only included the families of certain professions, such as doctors and nurses. The opposition, unions and the families of bereaved workers pressured the government to extend the scheme to cover the family of any NHS worker who died in the course of their duties.

This seemed particularly pressing as many of those who lost their lives were working in lower-paid social care roles.

In late May, the government finally announced that the scheme would be expanded to take in lower-paid support staff and social care workers.

This, along with the scrapping of the Immigration Health Surcharge for migrant NHS workers marked two U-turns by the government in a short space of time. Both of these were prompted by public outcry, and widespread recognition of the vital role that migrant NHS workers have played during the past few months.

For further information and advice regarding this, visas, the Shortage Occupation List, or any other immigration related issue, contact our experienced team today.

a> now for more advice.