Profile:
Jagtar has worked at Murria Solicitors since 1988. Now as a Director, Jagtar is the Head of Crown Court & Business Crime Department and enjoys Higher Rights of Audience. He is also a recognised Specialist Fraud Panel Supervisor (authorised to defend clients in serious and complex fraud cases).

He has established an enviable reputation for his expertise and proficiency, and is a recognised authority in his specialist field (who has been commended inter alia by the Lord Chief Justice and other senior members of the judiciary) for his exemplary preparation and presentation of written legal submissions.

In addition, Jagtar is highly regarded and respected by his peers and is regularly referred to by other fellow legal professionals. His portfolio demonstrates a successful practice in defending clients in many serious, complex and high profile cases. His work also includes inter alia representing defendants’ in homicide cases (having been involved in excess of 150 such cases including contract killing, baby shaking, gangland shootings, cases involving mental health issues etc ), serious sexual offences, arson, kidnap, and multi million pound drugs related offences.

His robust approach has led to many successful challenges on legal issues and numerous reported law cases having been involved with over a 75 appeals against conviction and or sentence in the Court of Appeal and the Supreme Court – even in cases where Queen’s Counsel or senior counsel had initially provided negative advice. Some of the reported cases have been leading authorities on important areas of criminal law. Two interlocutory appeals against decisions involving criminal trials by a judge alone were listed before the Lord Chief Justice having bypassed the initial review stage and consideration by a Single Judge. In both cases he was successful in challenging the Court’s decisions (one having been made by the Presiding Judge of the Oxford and Midlands Circuit, now a Supreme Court Judge). In another case Jagtar was able to secure a Special Advocate (having challenged the Attorney General’s initial refusal) in proceedings other than terrorism offences and was subsequently able to secure bail for his client.

Jagtar’s work is frequently referred to by fellow legal professionals across the UK. He is also known for making written representations during the early stages of investigations and prosecutions, so cases can be reviewed with a view to charges being dropped or prosecutorial decisions being overturned or reversed.

Recently he represented a premiership footballer for an offence of robbery whereby he was successfully able to get the Crown Prosecution Service to review its decision to prosecute. This was contrary to the advice he had been given by two privately instructed independent solicitors appointed by his agent and the premiership football club respectively. Jagtar ensured that his client avoided any unnecessary national publicity and the footballer is now able to continue with his professional career.

In recent times he acted in a national profile double murder and attempted murder attracting national media attention. He was also involved in a judicial review of a prosecutorial decision to bring charges of rape against a medical student at Oxford University, which was listed before the Vice President of the Court of Appeal Queen’s Bench Division whereby the Prosecution sought to challenge the permission stage on the premise that many defendants (including high profile figures) had been refused similar permission for a judicial review hearing. The defendant was eventually acquitted and able to continue with his studies to complete his medicine degree. This was also as the result of obtaining a temporary reporting restriction of the proceedings at an early stage (in both the criminal and judicial review proceedings) and thus not bringing the reputation of the university into disrepute and the lack of reporting enabled the individual to be admitted as a member of General Medical Council.

He has acted successfully in defending a teacher in allegations of multiple sexual assaults and a trainee teacher against allegations of section 18 Grievous Bodily Harm in proceedings before the Crown Court.

Proceedings against a businessman wrongly accused of fraud and tax evasion were discontinued against defendants in a high profile case due to representations made by Jagtar.

Currently he is involved in a £210 million money laundering investigation and an investigation into student visa system fraud exposed by Panorama and involved comments from then Home Secretary Theresa May.

Expertise:
Jagtar has specialised exclusively in criminal defence litigation since he qualified, and is an experienced and committed lawyer with a diverse portfolio of cases of high end criminal work having acted for a number of professional people including solicitors, barristers, Queen’s Counsel, accountants, doctors, police officers, pharmacists, teachers and professional footballers and other internationally recognised sports personalities.
Jagtar has worked on a diverse range of high-end criminal cases and is recommended in the Legal 500 UK. With extensive experience in the fields of complex and serious fraud, he has represented clients throughout the UK in financial crimes (some involving £100’s of millions of pounds and with an international dimension). Furthermore, he has been involved in representing a defendant in confiscation proceedings involving circa £50 million.

He is renowned for being instructed to act on behalf of defendants in White Collar Crime, Tax evasion, money laundering, serious fraud, trading standards, fire safety and health and safety investigations. He also advises on ancillary matters such as restraint of funds during investigation and trial as well as confiscation proceedings.

Jagtar is recommended in the Legal 500 UK section Crime: Fraud, Leading Individuals as – ‘a great strategist with a hands-on and detailed grip on his work’, and as ‘an adept strategist, and has a great ability to unpick complex prosecution cases’

As a result of his hard work and dedication the Legal 500 UK, describes Murria Solicitors as ‘an extremely sought-after firm in the West Midlands, particularly for fraud’ and is known to clients as ‘an extremely conscientious and committed firm that always goes the extra mile’; ‘truly dedicated to its client’s cause, working relentlessly and delivering work to a high standard’; ‘The firm’s commercial fraud team is one of the driving forces of its reputation.’ 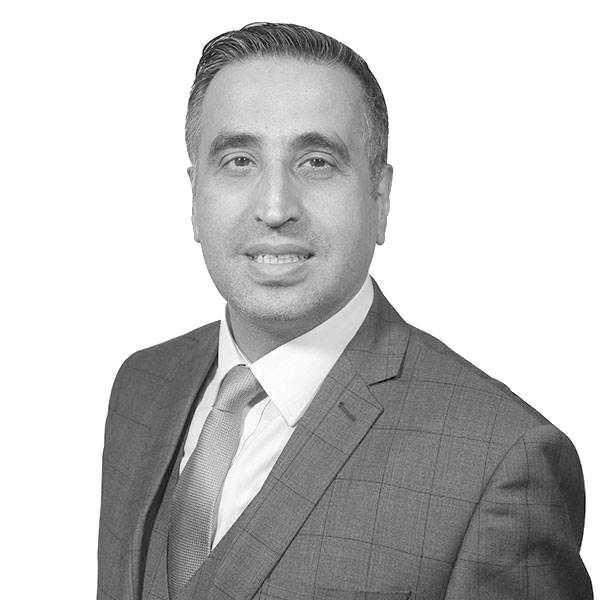